What happens when we finally take a break from writing software to do some research with it?  This – a novel finding on spatial network layout and community cohesion published in the International Journal of Health Geographics.  Some figures are pasted below.

The key result is that Convex Hull Maximum Radius 600m (HullR600c) had a significant correlation with community cohesion (R=0.25). This worked on two study areas (a data mining and separate test data set); we controlled for deprivation and urban/rural status as well. Areas with higher HullR600c allow you to get further for the same walking distance – so we suspect this is an important aspect of walkability.

A word of warning, though: this applies to HullR600c averaged over areas rather than on individual street level. On individual streets, long straight roads will have the highest HullR600 – and these are typically through transit routes with little habitation let alone community cohesion. The reason this works at area level is that we average over network links, not road length – and we know that links correlate with interesting human activity such as homes and jobs. So these anomalies are ‘weighted out’ of the analysis. 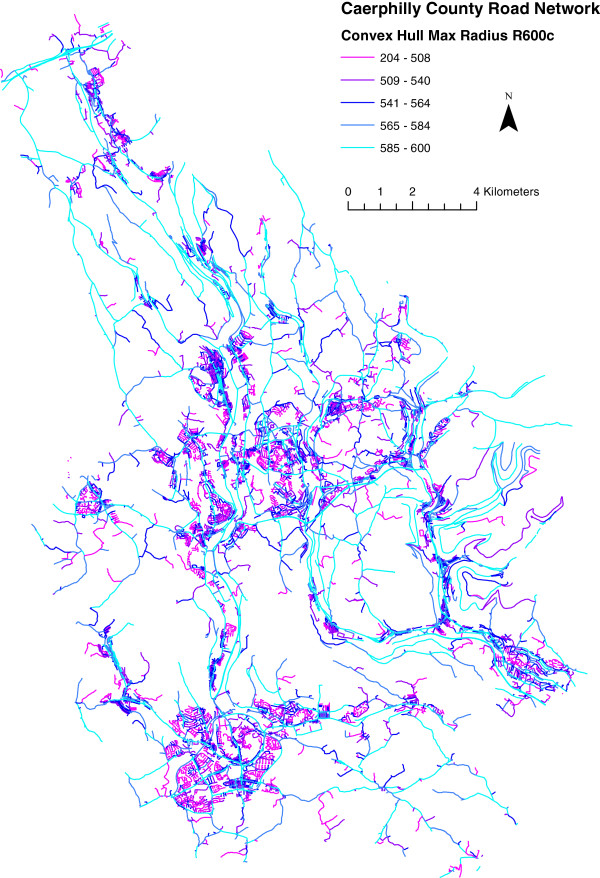 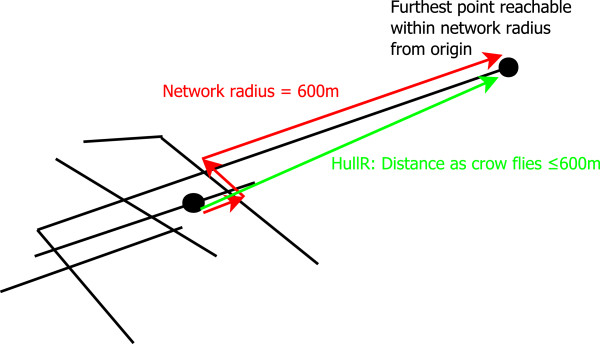